Google and Meta, formerly known as Facebook, have been fined 100 billion won ($72 million) by the South Korean Government for privacy violations.

According to a report by AP News on Wednesday, September 14th, South Korea’s Personal Information and Protection Commission has fined Google 69.2 billion won ($50 million) and Meta 30.8 billion won ($22 million) for tracking consumers’ online behavior without their consent and using their data for targeted advertisements.

In the press release, Personal Information and Protection Commission stated:

“Meta did not present the content of the consent in a way that could be easily seen by consumers when they signed up, and just included the content in their full data policy statement. It did not specifically inform consumers of the legally required notifications and did not obtain their consent.”

Both Google and Meta have rejected the commission’s findings and Meta indicated it could challenge its fine in court. In a statement to the news outlet, Meta stated:

“We are confident that we work with our clients in a legally compliant way that meets the processes required by local regulations.”

Google said that it would review the commission’s findings once it receives the full written decision and work is underway on updates that provide users more control and transparency. 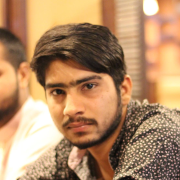 ‘How to Become a Better Writer?’ Some Tips

NuraLoop headphones In 2022 Best Ever I Use

Recent
Show More
Facebook Twitter WhatsApp Telegram Viber
Back to top button
Close
Popular Posts
Most Commented
Recent Comments
We use cookies on our website to give you the most relevant experience by remembering your preferences and repeat visits. By clicking “Accept All”, you consent to the use of ALL the cookies. However, you may visit "Cookie Settings" to provide a controlled consent.
Cookie SettingsAccept All
Manage consent

This website uses cookies to improve your experience while you navigate through the website. Out of these, the cookies that are categorized as necessary are stored on your browser as they are essential for the working of basic functionalities of the website. We also use third-party cookies that help us analyze and understand how you use this website. These cookies will be stored in your browser only with your consent. You also have the option to opt-out of these cookies. But opting out of some of these cookies may affect your browsing experience.
Necessary Always Enabled
Necessary cookies are absolutely essential for the website to function properly. These cookies ensure basic functionalities and security features of the website, anonymously.
Functional
Functional cookies help to perform certain functionalities like sharing the content of the website on social media platforms, collect feedbacks, and other third-party features.
Performance
Performance cookies are used to understand and analyze the key performance indexes of the website which helps in delivering a better user experience for the visitors.
Analytics
Analytical cookies are used to understand how visitors interact with the website. These cookies help provide information on metrics the number of visitors, bounce rate, traffic source, etc.
Advertisement
Advertisement cookies are used to provide visitors with relevant ads and marketing campaigns. These cookies track visitors across websites and collect information to provide customized ads.
Others
Other uncategorized cookies are those that are being analyzed and have not been classified into a category as yet.
SAVE & ACCEPT
Close
Close
Log In